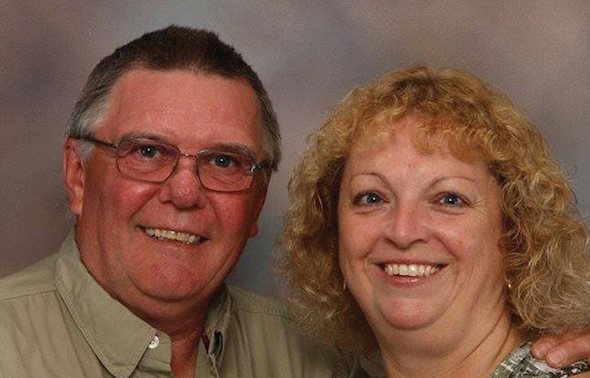 “I've been playing the Lottery since it’s been going."

After little wins, a grand prize

When Tom Davidson found out he was a Grand Prize winner in the 2020 Heart & Stroke Lottery, it wasn’t difficult for him to put one over on his wife, Karen. The 62-year-old has been playing the lottery “since it’s been going,” he says. And he’s no stranger to winning—though usually $25 Visa gift cards.

So after his name was drawn for this year’s grand prize, a choice of a Thor ACE 30.3 RV or $140,000, Tom pulled up this year’s announcement in a web browser and lined it up with a listing showing he’d won another gift card. He called his wife to come take a look.

“You should have been that Thomas Davidson,” Karen said, immediately spotting the Grand Prize winner’s name. And then she noticed that just like her husband, the $140,000-winning Thomas Davidson lives in Victoria Harbour, an Ontario community of just 2,600. After playing the Heart & Stroke Lottery for two decades, her Tom had finally claimed one of the top prizes.

The long-time Heart & Stroke donor supports the lottery because he believes the foundation’s research and public health education initiatives have real-life impacts for so many, including his own father, who underwent triple bypass surgery.

For Tom, Heart & Stroke has been a lifesaver in another way: his winnings have helped him to pay off his mortgage and keep his retirement plans on track after the COVID-19 pandemic threatened to derail them.